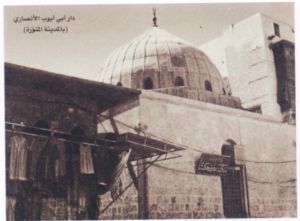 
2. Before Prophet's migration, Syedna Ayub Ansari had come to Makkah on the occasion of Bait-e-Uqba and he got Bait (Embraces Islam) on the Holy hand of Prophet S.A.W. At that time nobody knew that the day would come when this hand would get the honour to be the host of Prophet S.A.W. 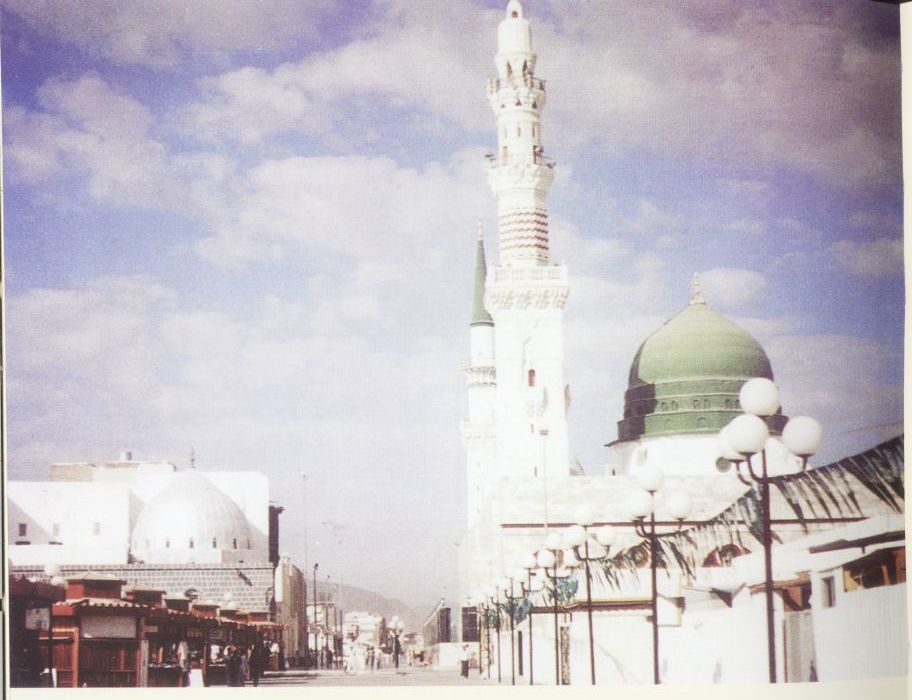 The white dome showing the house of syedna Aub Ansari R.A and the green
dome is obiviously Masjid nabvi at its' initial stage.Must visualize how the prophet
Muhammad sallallaho allihi wasalam would have resided in the house of syedna
ayub ansari R.A and how He sallalla ho allihi wasalam would have decided to
purchase the land lying vacant in front of  this house. 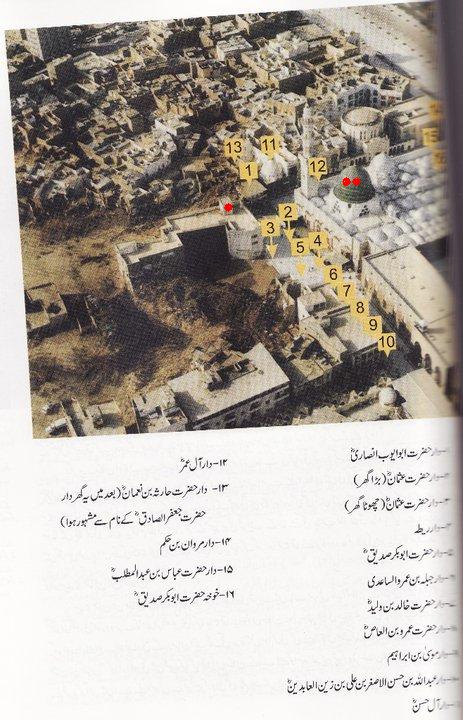 
3. Although, this holy house was very near to Masjid-e-Nabvi but due to the extension of mosque, this house has been demolished, yet the open place is still there. No board or indication is there now a days.

4. If someone comes out from Masjid-e-Nabvi through Bab-e-Baqi (Baqi Gate where the Shrine of Prophet S.A.W situated)  and take a slight riht turn and walk almost straight  outside the flooring of Masjid-e-Nabvi, you will get yourself near to the place where the house of Syedna Ayub Ansari was situated. 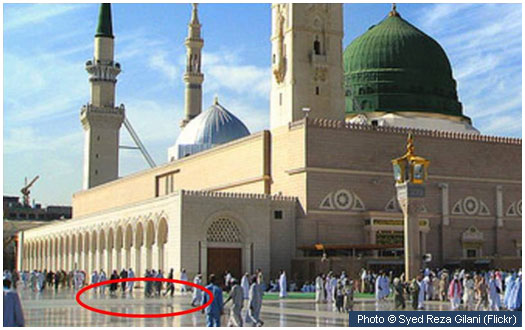 At present after careful study the brown spoted point mighty be the
place os syeda Ayub Ansari house where prophet stayed  just  after
migration arrival to Madina Munawarrah.  Almighty  Allah  knows
the best and all. 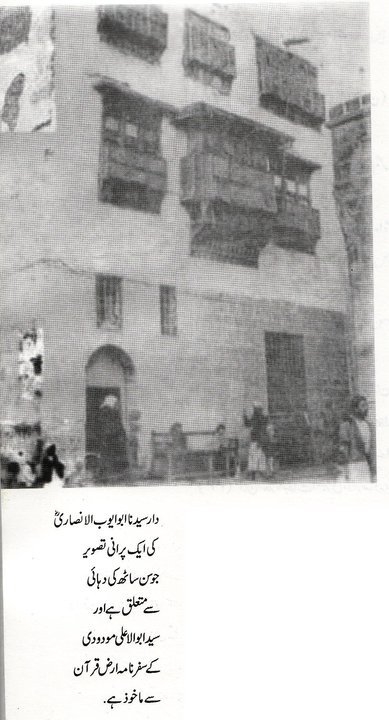 Another old picture of this house when dome has been
removed but house was present.

5. It is really a place of important Islamic history and few moments must be spent by pilgrims on this open place.