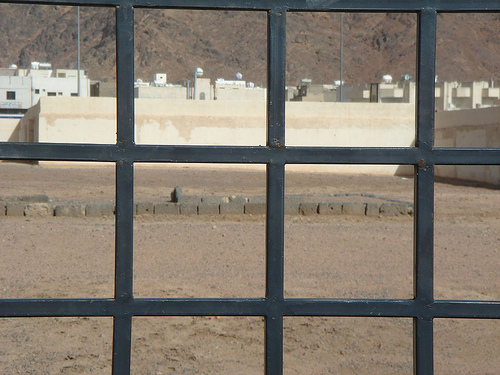 1 .  Syedna Ameer Hamza (RA) was the uncle of Prophet (S. A. W.). He (RA) was one of the greatest soldier of ISLAM. Syedna Ameer Hamza (RA) was killed  (SHAHEED) during the battle of UHAD. He is lying to rest in UHAD Battlefield in the bottom of UHAD MOUNT. A boundary wall is built around his grave. There are three graves in the boundary wall and the longest one is the grave of this great soldier of ISLAM. Pilgrims must not forget the visit of UHAD MOUNT and the grave of Syedna Hamza (RA). The killing of Syedna Hamza (RA) was very merciful and Prophet (S. A. W.) remained in sad mood for a long time as he (S. A. W.) used to love him (RA) very much.
BEAUITIFULUHADMOUNTGROUNDMOSQANDGRAVEHAMZA.jpg

2 .  A man named "VEHSHEE", was fighting against ISLAM and he was very expert in throwing little sharp knife to his aim. He Killed (SHAHEED) Syedna Hamza (RA) throwing his knife. After the conquer of Makkah, VEHSHEE migrated to TAIF to save himself from the revenge of Muslims. When Muslim conquered Taif, he became worried. He wanted to be a Muslim but he had no courage to face Prophet Muhammad (S. A. W.). When someone advised him to go to madina to accept Islam. Prophet would not take revenge if you become a Muslim. When VEHSHEE came to Madina and presented himself in front of Prophet (S. A. W.) and accepted Islam, Prophet (S. A. W.) asked how you killed my loving uncle?
Vehshee replied, "I had no interest in war. I was interested to get rid of my slavery. I was the slave of HIND ( A Kafir woman whose father and brother had been killed in Badar's Battle) and she had promised me to free if I would kill Syedna Hamza (RA). I kept my eyes on him (RA). He (RA) was fighting bravely. He (RA) killed a number of enemies. All of sudden I got a chance and I threw my small knife over Syedna Hamza (RA). My aim was at the point and Syedna Hamza (RA) fell down and died. When I told this news to HIND, she came on the spot at once and cut the ears and nose of this brave soldier. She cut the stomach of Syedna Hamza (RA) and tried to swallow his lever. She chewed it but could not swallow (It is said, if she had swallowed the pious lever of Syedna Hamza RA, the fire of Hell would have been ineffective over her but she could not do this as it was not the consent of Almighty Allah)". When Vehshee completed the tragic story, beloved Prophet became very gloomy and said to him, "Although you are muslim now yet you should not come in front of me in future. Because when I (S. A. W.) saw you, I memorize my loving uncle". Vehshee oftenly used to express his deep regrets over this incident. He wanted to compensate this event by any good work. He was very much repentant . 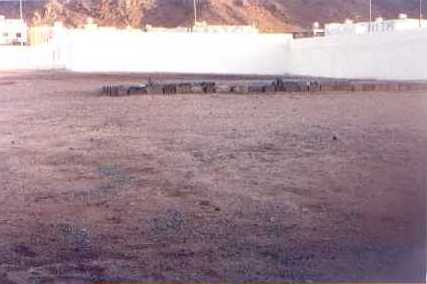 In the era of Abu Bakar (RA), a man "Muslaima Kazab" refused the finality of Prophet hood of Muhammad (S. A. W.), a force was sent by Caliph to give lesson to that lie man. Vehshee was the member of this force and he killed Muslim Bin Kazab. Vehshee felt some satisfaction after this event. He used to say

3 .  Generally people visit UHAD and grave of Syedna Hamza (RA) after morning prayer (FAJAR). Here you can buy some traditional items such as "Khak-e-Shifa, Tasbih, Bilsan Oil, Dates, Nabi Boti, Herb of Syedna Maryiam" an other things like these. Here there are no proper shops but small business man sell their products on push carts. 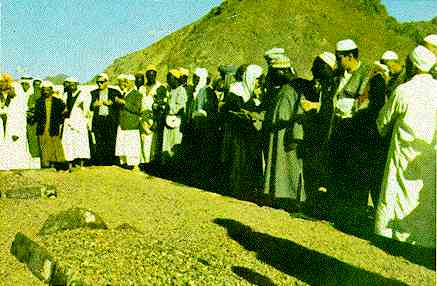 AN OLD BUT CLOSE LOOK OF SYEDNA HAMZA'S' GRAVE 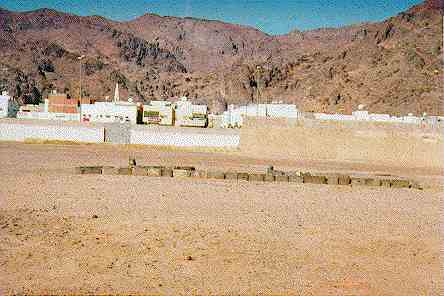 It is alsoi history that firstly syede Hamza was burried  just in the bottom of uhad mount and after many years his holy dead body was shifted to the present  place ( the above pic shows the present place which is in the middle of  the battle field of uhad).It is fact tat the time of transfering  holy body people observed that he as fresh and the blood was still flowing . Al mighty Allah very truely said Shaheed never dies but he alives

was the exact place where syedna Hamza was firstly laid 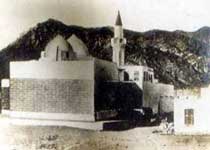