1 .  The first battle between Muslims and Kuffar was fought in badar. 313 Muslims in the squad under the leadership of Prophet Muhammad (S. A. W.) defeated the force of Kuffar which was consist of more than 1,000 soldiers.

2 .  This battle field is situated in between the way of Makkah and Madina. The new highway doesn't touch this city (Badar is actually a city). If you travel from Makkah to Madina on old highway, you may find Badar field. It comes  80 miles before reaching madina. Now badar is itself a small city of saudi arabia. 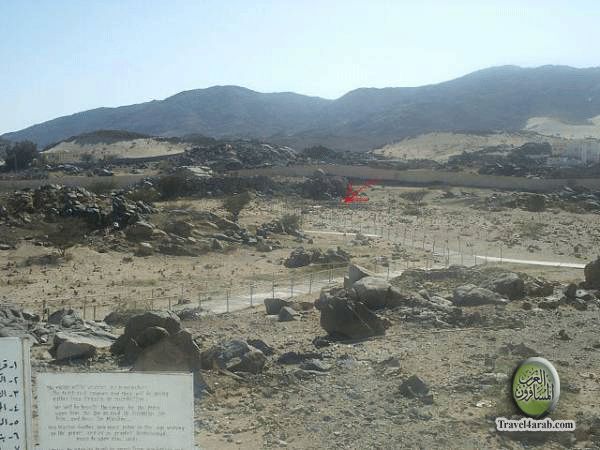 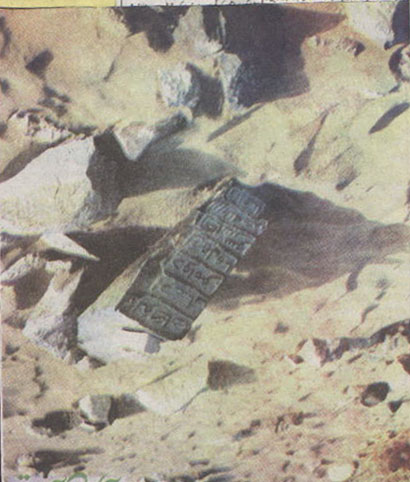 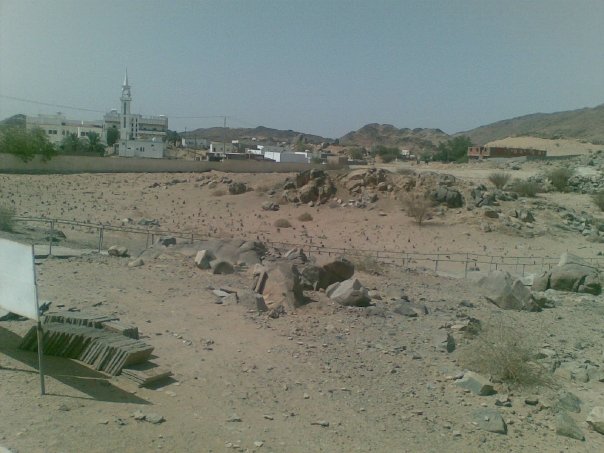 Look of badar battlefield and Masjid-e-Areesh 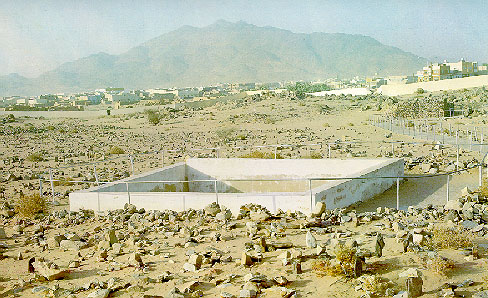 BATTLE FIELD OF BADAR AND GRAVES OF SHUDAS

3 .  Near the city of  Badar you may find a small oval shaped field which is surrounded by mountains, is the battle field of Badar. Here, there are two mosques. One of them is built just on the spot where the shade of Prophet (S. A. W.) was made during the battle. It is slightly at the little height. This mosque is called "Al - Areesh" or "Al - Ghamama". Here prophet Muhammad sallala ho allhi wasalam begged an historic dua . he begged from Almighty Allah to give victory to the little force of islam .He sallallaho allihi wasalam beged Almighty Allah and said  if the muslims were defeated and martyred , there would be no one to pray one and lonely God. ALmighty Allah accepted his S.A.W. dua and only 14 muslims got shahat (martyred) and muslim became victorious. kuffar were killed in hundreds. 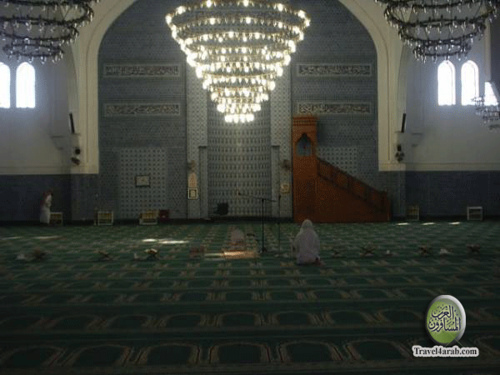 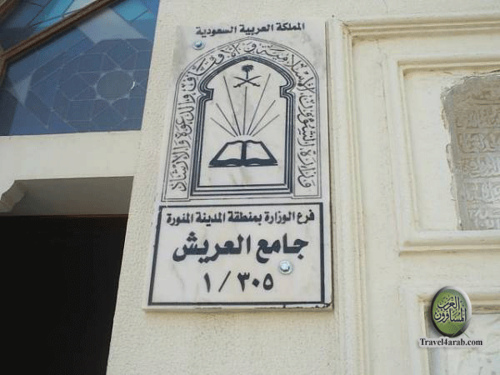 Position of forces in Badar
field

4 .  Abu Jahal (Omer bin Hash-sham) one of the biggest enemies of Islam was killed in this war and Muslims became victorious. Total fourteen Muslims were (Shaheed) killed. 13 out of them were  burried in historic badar battle field and one in te way between badar and madina munawarrah.Perhaps he was seriously injured and accepted shahadat in the way when victorious carvan was returning to madina. It is really the field of great importance. And if any body get chance to visit it, must try, not to miss it as now a days it is difficult to reach here. All the transport use new highway which is built on the way what was the actual route of Prophet's (S. A. W.) hijrat. Badar is on the old highway. 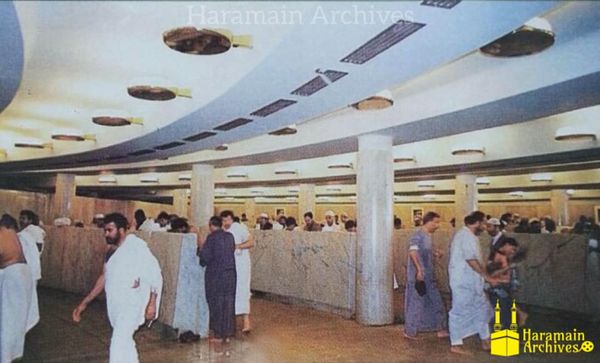 Arrow shows the well of badar where muslims pitched their camps 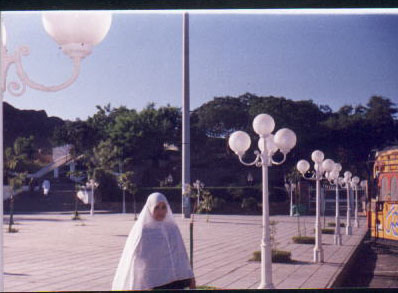 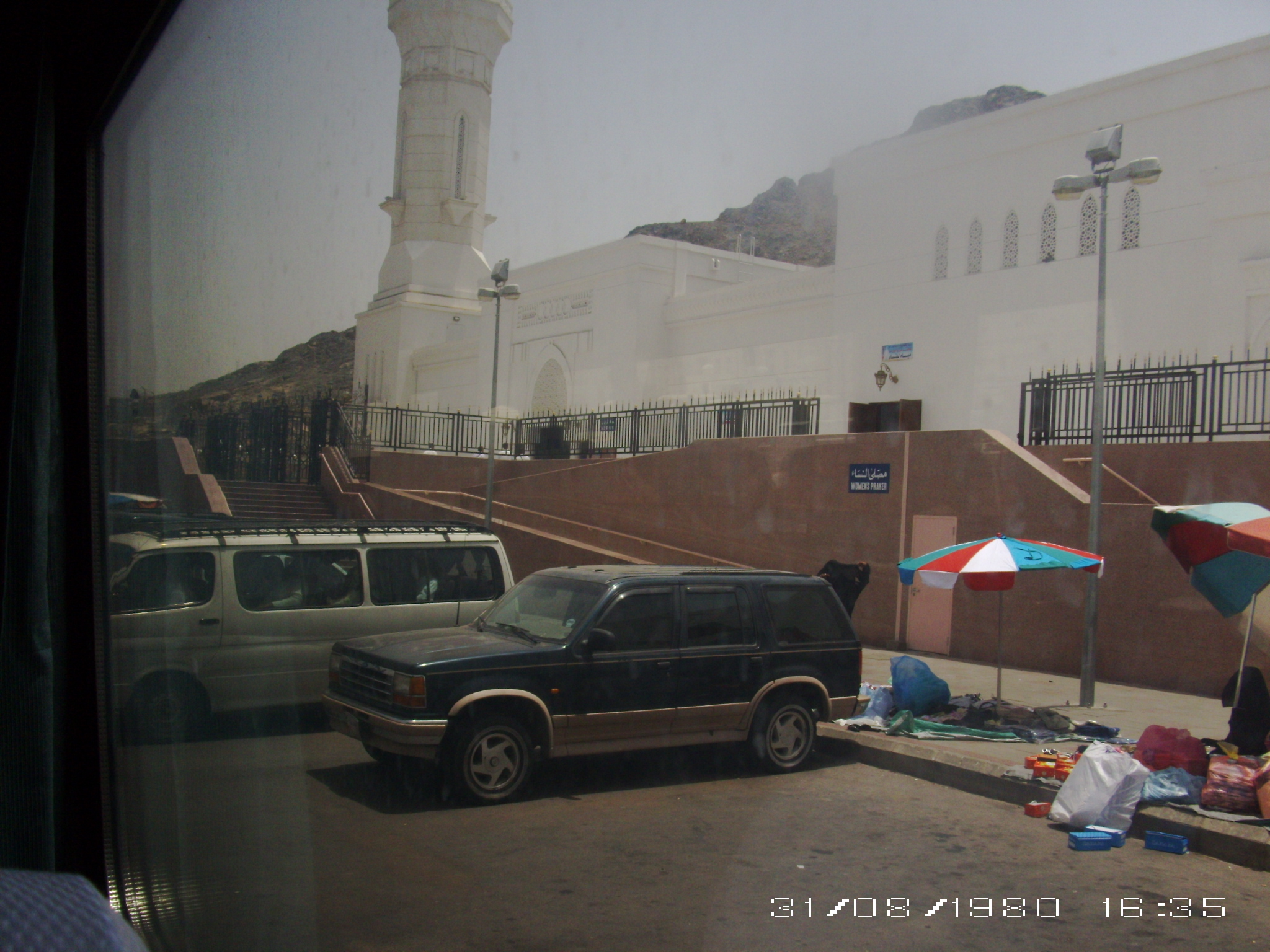 1 .  It is a battle field where the famous battle of Khandaq (Trench) was fought. On the advise of Syedna SULEMAN FARSI (RA). Muslims dug trenches first time during this war. Before this event Arabs do not know about trenches.

2 .  During this battle some prominent companions pitched their camps on different places in this field. Now a days five small mosques are built on that particular spots. The name of five mosques are as under in which "Masjid -e- Fatha" is the most important.

a)  Masjid - e - Fatha:  It is the place where Prophet (S. A. W.) prayed continuously for three days until Almighty Allah accepted his (S. A. W.) will and Muslims got victory over enemies. It is the place of great importance and pilgrims must offer "two rakat nafil" here. Syedna Jabir (RA) said when ever he (RA) had a problem, he (RA) had come to that spot, begged and never became disappointment.
This mosque is extremely on eastern side of this field and it is at a little height where steps are built to reach there. This is situated on the top of the mountain named "SULLAH". Stairs are built for pilgrims to reach there. 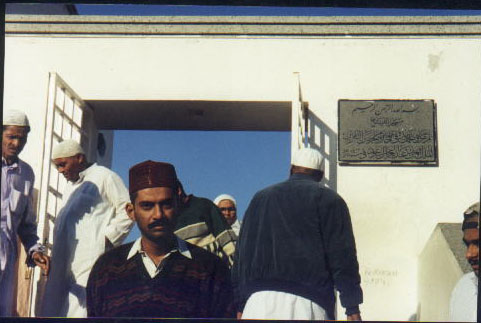 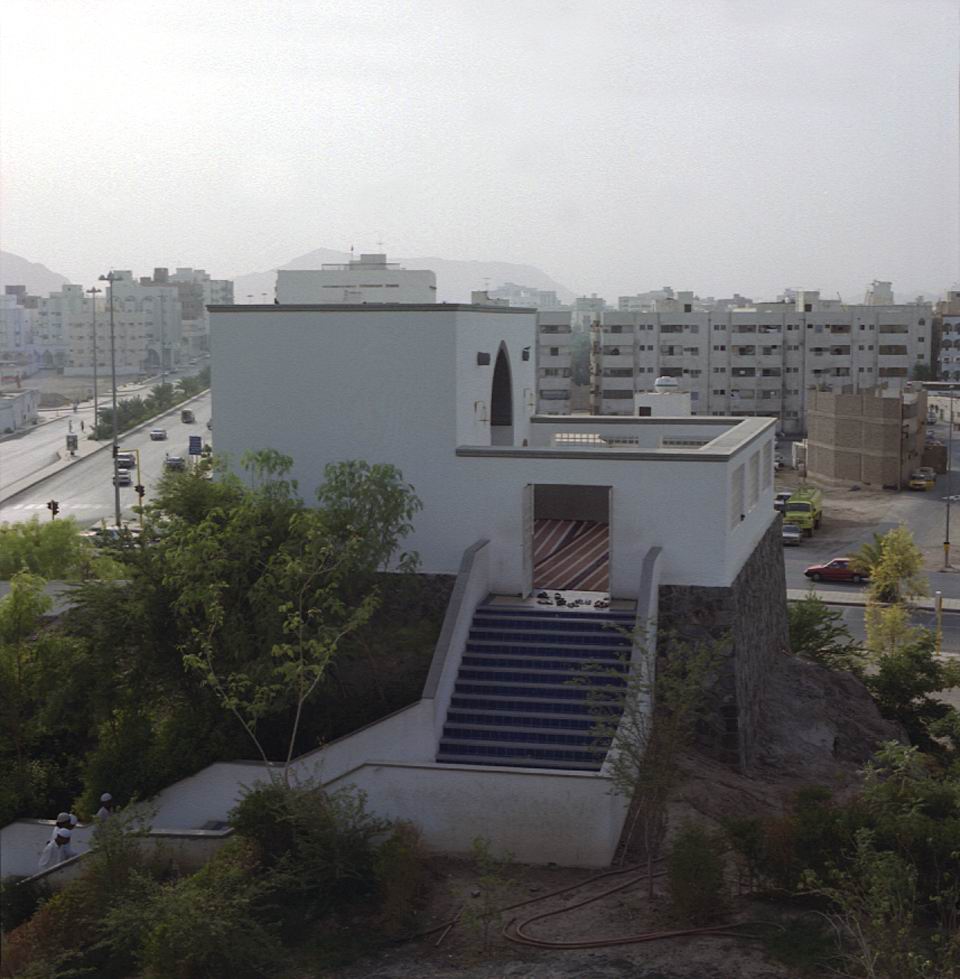 AN OLD LOOK OF MASJID-E-FATHA

b)    Masjid -e- Suleman Farsi (RA)  :It is the mosque in the bottom of mount of sulah. when
pilgrim goes up through stairs to reach to the the top of the sullah mount where the most important mosque of this battle field -"masjid-e-fatha" is situated you  may find  the mosque of suleman farsi in the way just  few steps up from ground level. It is advisable to offer two rakat here you may go up to reach masjid-e-fatha.
companion of Prophet sallalla ho allih iwasalam syedna Suleman farsi belonged to persia (faras----now Iran) and he was the man who advised prophet sallalla ho allihi wasalam to dig trenches (khundaq)  around madina to  encounter the attack of enemies who were coming to fight against muslims of madina. Prophet sallalla ho allihi wasalam  approved his noble advise and muslims won without war. Because of this fact the masjid-e-suleman farsi is also very important mosque to see .it is built  exact to the place where this noble companion pitched his tent during war. 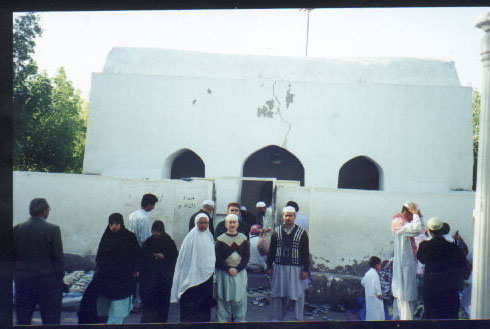 This is the place where syedna suleman farsi pitched his tent on the occasion of battle of trench.

c)    Masjid -e- Abu Bakar Siddiq (RA) :This mosque is situated on the plain surface of the battle field where syedna abu bakar siddiq pitched his camp during khundaq war

e)    Masjid -e- Ali (RA): This mosque is  built exact to the place where the camp of syedna Ali was pitched. 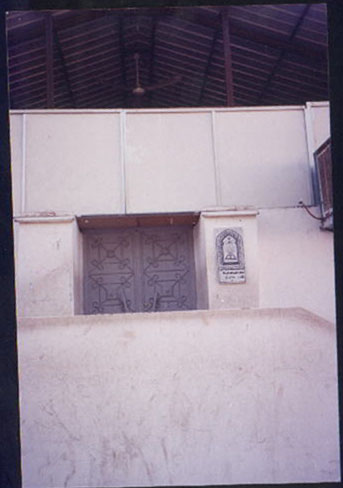 Another view of masjid-e-Ali in khandaq war field

3 .  In this battle Muslims enjoyed a number of God gifted events which are briefly decried here.

b)    Strong wind and stormy atmosphere made a lot disturbance in enemies camp but Muslims remained completely saved by this havoc and panic.

c)    Groups of angels were sent by Almighty Allah who put panic and harassment on the heart of enemies.

d)    It is very spiritual place and Saudi Government has now made a park here. Taxis and busses carry pilgrims to visit this battle field during other ziarat.