1 .  This is the first mosque of Islam and has very spiritual importance. In holy Quran it is said that the foundation of this mosque is laid on “Taqva” (Sincerity) 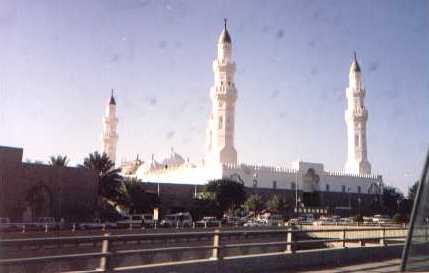 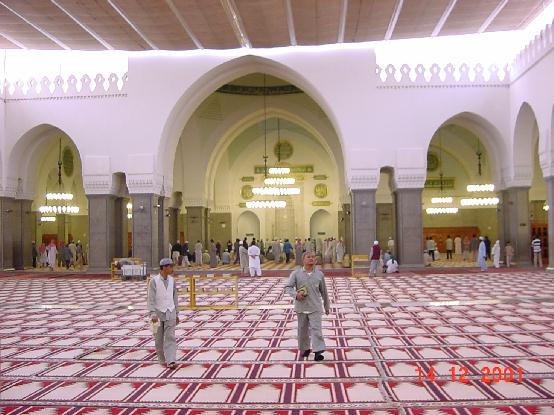 2 .  Masjid-al-Haram, (The second and last Qibla), Masjid-al-Aqsa (The first Qibla) and Masjid-e-Nabvi (The Haram of the Last Prophet – S. A. W.) are three main mosques of the world which have their religious values and importance. Besides these Mosques (HARAMS), rest of the mosques all over the world have only historical importance. In the list of historic mosques, Quba is on the top. In other words we may say that Masjid-e-Quba has fourth spiritual mosque of the world (Masjid-al-Haram, Masjid-al-Aqsa and Masjid-al-Nabvi are the 1st , 2nd and 3rd respectively, and the fourth is Masjid-al-Quba). According to sayings of Prophet (S. A. W.)

“The Reward of a Prayer in Quba Mosque is Just
Like a Reward of One Umra”. 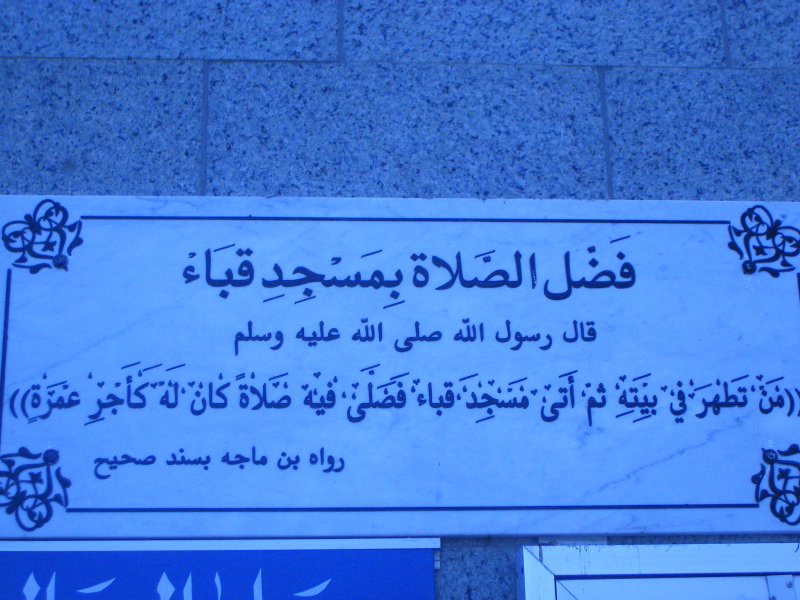 On the out side wall of Masjid-e-quba sayins
of Prophet Muhammad sallalla ho allihiwasalam
is written regarding the reward of umra, offering
two rakah in quba Masjid

When Muslims under the leadership of Prophet (S. A. W.) were going to perform Umra before conquering Makkah, Quresh did not allow them to enter in Makkah. Muslims had to stop at Hudabiya. (If you travel from Jeddah to Makkah by road, you will see a big RAHAL over the highway. It is very near to Hudabiya and now a days non muslims are not allowed to go beyond this point. Here a police check post is made for checking the identity and passports). 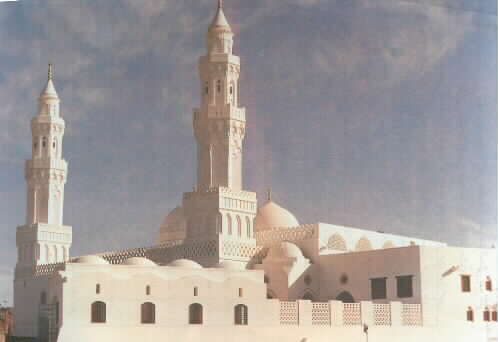 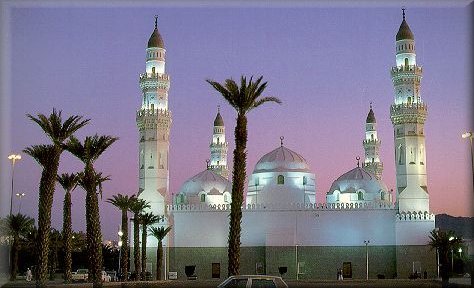 Here at Hudabiya Prophet Muhammad (S. A. W.) did a historic Hudabiya Pact with Quresh-e-Makkah. According to this pact Muslim had to go back without performing “Umra this year”. It was very disappointing agreement for the companions (RA) but history proved that it was really a great intelligence of Prophet (S. A. W.) who did this Pact which helped Muslims to conquer Makkah. Since the companions (RA) were disappointed not to perform Umra, Prophet (S. A. W.) told them, “Who ever offer one prayer (Salat) in Quba Mosque, he will get reward equal to one Umra”. It have became precedent and now if any body offers a prayer here he would get reward of one Umra. 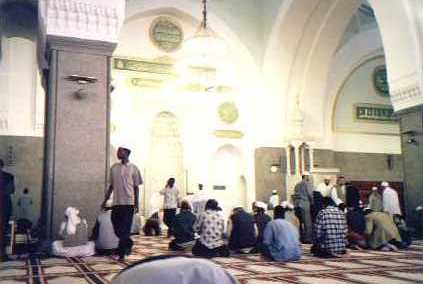 3 .  Before conquering Makkah, Muslims wanted to go to perform Umra under the leadership of Prophet
(S. A. W.) but kuffar-e-Makkah did not allowed them to enter in the Holy Makkah. Muslims were stopped  in “Hudebiya” (If you travel from Jeddah to Makkah, you will find this place 22 K.M. before Makkah where a big (Rahal) gate over highway is built.

4 .  Quba is situated two miles from Masjid-e-Nabvi and taxis , outside Haram take pilgrims to show all Madina’s religious spots in which Quba is included. Yellow cabs take 10 Riyals per person to show all historical, religious spots. This mosque can be visited any day in any time but Saturday visit is said more reward able.

5 .  Now, this mosque is beautifully constructed. Basic construction of this mosque was done by Turks. But Saudi government decorated it beautifully. In the courtyard of this mosque a Mehrab is built  where the verses of Quran was delivered to Prophet (S. A. W.).  Ladies and gents entrance are separate. Ultra modern washrooms are built for pilgrims. 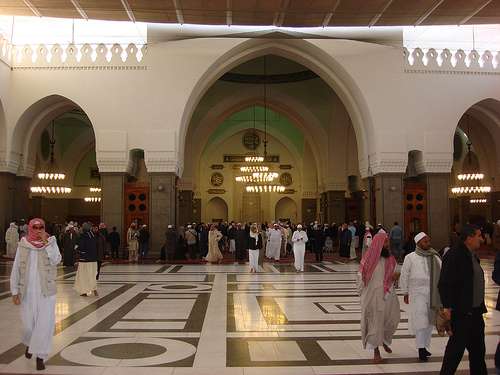 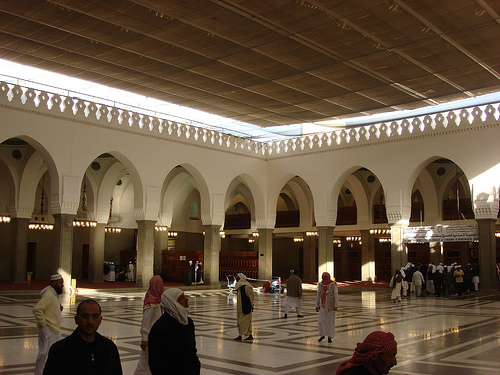